Moldova is one of Europe’s poorest countries, but few people are aware of its levels of poverty, or what defines it as a country. Situated in Eastern Europe, between Romania and Ukraine, it has a population of 3.5 million people across diverse ethnic groups including Russian, Ukrainian, Romanian, Roma and Bulgarian. The official language of Moldova is Romanian, locally known as Moldovan. 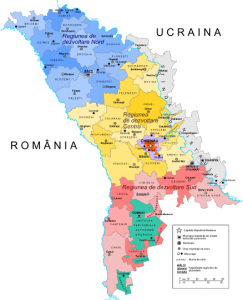 The families that we work with live in extreme poverty. Recent data highlights the level of disadvantage people from rural areas still face:

children live in poverty, a significant majority of whom live in rural areas

Living in poverty has a strong impact on a child’s education, health, wellbeing, and safety.

of women go through abuse from their partners

This leaves 40,000 children with one or both parents working abroad for more than 3 months per year

and just 9% of the rural population have a flushing toilet

of children living in residential care in Moldova have at least one living parent, most of whom cannot afford to look after their children

of Moldovans aged between 18 – 29 would like to leave the country, according to a UNICEF survey